Two important questions on the norms of SSC have contributed to some intense debates over the last few years. The first question is concerned about the relevance or otherwise of evaluation of contributions under SSC, whereas the second question relates to the need for developing a common standardized template for reporting of SSC activities of the development partners from the South. The call for the need for evaluation of SSC emerges from the perspective of accountability and transparency. It is being argued that moving beyond the inputs under SSC, some mechanism is necessary to evaluate the outcomes of such cooperation activities. There are also arguments that a common standardized template followed by the partners in SSC would help bring about a semblance of transparency and comparability in SSC activities. The forthcoming Second High-level United Nations Conference on South-South Cooperation (BAPA+40) is expected to galvanize debate and engagement in order to arrive at a meaningful consensus on this issue. 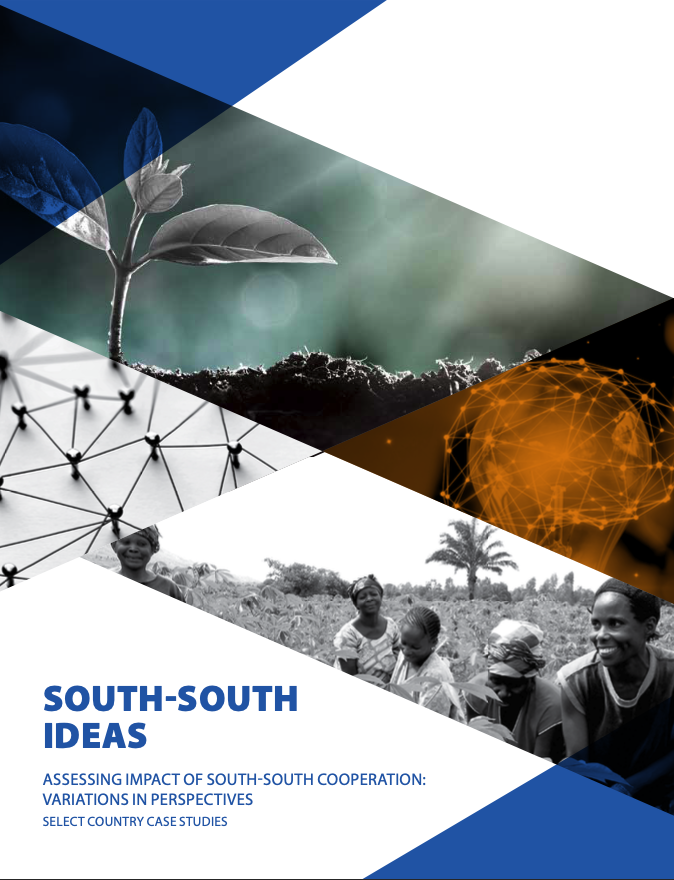 The present compilation attempts to look at these issues through a Southern lens and observes considerable differences in the methodological approaches towards evaluation and/or assessment of SSC. In terms of its guiding principles, with SSC being primarily outcome- sensitive, the need to contribute to the debate becomes all the more relevant. The case studies considered in this volume encapsulate the methodological structures followed in Brazil, China, India & South Africa in assessing the SSC and the role played by the respective countries. The report is divided into six sections. While the first section is introductory and establishes the context of the study, the following four sections focus on case studies in assessment from the four countries, namely, Brazil, the People’s Republic of China, India and South Africa. The final section concludes and provides the way forward.