22 September 2020, Rome – FAO welcomed an announcement today by Xi Jinping, President of the People’s Republic of China, that his country will support the UN agency’s South-South Cooperation (SSC) efforts with an additional $50 million in funding.

“We are very grateful for this new $50 million contribution announced by President Xi, as it provides a strong boost to the work of the FAO-China South-South Cooperation Programme. Through knowledge-sharing, and the exchange of expertise and technologies between developing countries, the Programme aims to improve food security and nutrition, reduce rural poverty, engage rural women and youth, build resilience, and develop local capacities to contribute to the 2030 Agenda,” FAO Director-General QU Dongyu said. 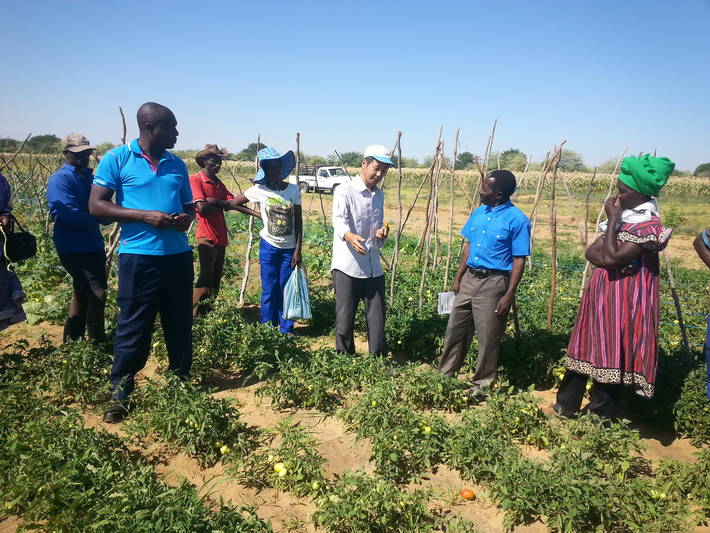 President Xi made the announcement during a video address to the general debate of the United Nations General Assembly. He also said China would contribute $50 million to the UN’s Global Humanitarian Response Plan to COVID-19.

Last year marked the 10th anniversary of the FAO-China South-South Cooperation Programme, which has benefited more than 70,000 people directly in 12 developing countries in sub-Saharan Africa and Asia. Since FAO and China established the SSC Programme in 2009, experts from China have shared their knowledge and technologies with local farmers in Africa and Asia to raise agricultural productivity and sustainability in areas such as cereal production, animal husbandry, horticulture, fisheries and aquaculture, and water and soil management and conservation.

In 2009, a $30 million FAO-China Trust Fund was established, allowing for the funding of knowledge and experience exchanges between China and other countries in the global South. In 2015, China contributed a new $50 million for Phase II of the FAO-China South- South Cooperation Programme. Today’s announcement is for support to Phase III.

Phase III’s overall goal is to assist developing countries in their efforts contributing to poverty alleviation, emergency response, resilience building, sustainable food systems, and the promotion of food security and nutrition for all by 2030.

FAO has played a pioneering role in championing South-South Cooperation, as well as Triangular Cooperation, which brings in the rich North. In the past two decades, more than $370 million has been invested in related projects and activities.

The successful introduction of new technologies through SSC in many countries has contributed to increased food security, especially through the improvement of agricultural productivity, diversification of food crops, small animal and fish production, and rural incomes.